There were some tech announcements recently that I think eventually may lead to changes in parents’ contact with their children during time-sharing time with the other parent. 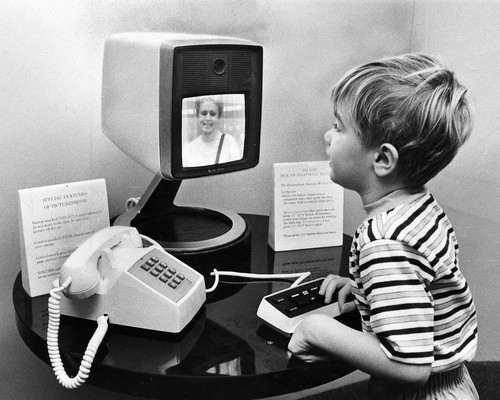 You may have heard that Google announced it’s new service, Google+. One of the key features is easy to use webcam conferencing built into Google. Not to long after Google’s announcement, Facebook announced that it had purchased Skype and was offering video conferencing as well. There is an interesting “podcast” here about Google+ with some of the Google developers on the show, via a Google+ video conference to illustrate the technology.

Video-calls aren’t anything new. Parents have already been using video to stay in touch with children during time-sharing, and it’s not a new topic in family law commentary, blogs etc. Also, references to parents communicating with their children via video/webcams are already in Florida time-sharing statutes (e.g. F.S. § 61.046(5) and F.S. 61.13001(9)(a)).

What’s new I think about Google’s and Facebook’s announcements, is that video “chats” should soon be as easy and accessible, as say – Google and Facebook. It’s been possible before, but most people have probably never set it up, because you’d have to find the software you need, figure out how to use the program, etc. From what I’m seeing so far, it’s looking like using the service, for example through Google, should be as easy as plugging a webcam into your computer, and following a few instructions.

Currently, although as mentioned video is listed in Florida statutes as a form of communication between parents and children and is already being used, it’s not something that is typically included in a Parenting Plan/Court-Order as a required form of communication. So, a Parenting Plan now might require each parent to be able to have telephone contact with their child once per day, but it’s not common that the Plan will give the parent a right to a video chat with their child each night.

One question, even if video chats become easy and accessible to most people, is is it a good idea for a court order to provide for a brief video call while the child is with the other parent? Would a parent having a chat, in a sense face-to-face with their child, impinge too much on the other parent’s time with the child? If video-calls would be ok in many situations, would they pose more problems in situations where there are already difficulties – e.g. where one parent or the other already has a sense that the other parent is trying to interfere with their time-sharing, trying to convince the child to come back to their home, etc.

Another issue that comes up sometimes is one parent attempting to use phone calls with the child to communicate with the other parent, in situations where that’s not wanted or contrary to a court order. That can happen in telephone calls, and it could be worse during face to face communication via video. There’s the issue also of privacy – one parent watching the chat between the parent and child, or not necessarily being too interested in having their ex’s face show up in their house.